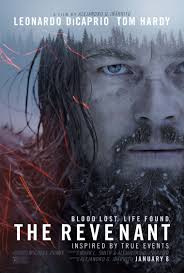 The Revenant is about the triumph of human spirit, and revenge

The weather outside the Front Range of Colorado was as good as it had been since early December, even though there were still plenty of ugly black and white glaciers piled up in the parking lot of the Metrolux. If you are to watch this movie, dress in layers, as the visual impacts of the harsh reality of nature will chill you to the bone. Revenge is a dish best served cold, and never has this quotation been manifested so literally in a film. There may be help for the physical discomfort and cold that this movie generates, but there is no escaping the emotional engagement with the humans that battled the elements, wild animals and each other. This movie was such a glorious tribute to not what you expect me to say, not to the incredible will and tenacity of men, but to the exponentially dominating and devastating reality of nature. Nature provided an opportunity for those who inhabited it to try to exploit it and to make a living, but can be a hostile and icy womb for its creatures, especially for man, in spite of his perceived superiority. 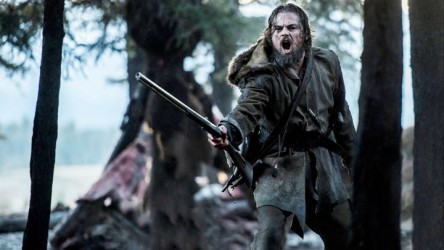 The Revenant was simply an incredible movie and worthy of all the praise that it has already received. Alejandro G. Inarritu, like Tarantino, is not for everyone, but no objective reviewer can overlook his genius in displaying his craft. If you combine the talent of Inarritu with the unmatched efforts of Emmanuel Lubezki’s cinematography you have a masterpiece of a film. The cinematography was the the most crisp, chilling and beautiful you will ever see in a movie. Like last years Birdman, there were long sequences shot without breaks, that were done masterfully. Expect a load of gold statues for The Revenant this February; it was just that good.

By necessity, this review will contain some spoilers, so be advised. The Revenant is a movie based loosely on the life of Hugh Glass (Leonardo DiCaprio), a trapper and a guide in the American Northwest. The opening scene was a beautiful shot of nature in all its splendor, but then things turned very ugly as a trapping party was brutally attacked and decimated by Arikara warriors. Consequently, most of their men and goods were lost to the attackers. The trappers desperately fled for their lives, but things were to only get worse as their guide (Hugh Glass) was horribly mauled by a grizzly and was near death. Captain Andrew Henry (Domhall Gleeson) decided to leave Glass behind in the care of his son Hawk (Forrest Goodluck), the young Bridger (Will Poulter), and the seasoned and very unhappy John Fitzgerald (Tom Hardy). An act of betrayal ensued and Glass was left behind to die. The remainder of the movie was all about trying to survive the brutal and unforgiving forces of nature, not to mention his grievous wounds…and the thought of revenge. 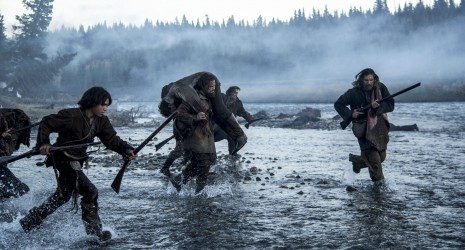 The Revenant may be the best movie made that you never, ever want to watch again. Inarritu harvested a man’s extraordinary ability to survive, and Emmanuel Lubezki assaulted our senses with breathtaking beauty and unimaginable horror. Much has been written about the vicious bear attack and other horrific scenes involving animals, and it’s all true, so be ready. I don’t know if it is possible to imagine a more gorgeous film, filmed almost totally and painstakingly in natural light, in unspoiled areas of Canada and Argentina. I was amazed that with a plot so simple and dialogue so sparse and mumbled, that a film could have been as powerful as this one was. It was not humans that spoke to us in this film, but it was the soaring trees, the fever-induced visions of a crumbling chapel, and the frozen majestic peaks.

I cannot go further into this review without mentioning the much and already acclaimed acting in The Revenant. For every action there is an equal and opposite reaction according to Newton. In this film we had the very embodiment of the human spirit, with love and loyalty for family and a primal instinct for survival and to right a terrible wrong. We also had the very basest element of villainous human behavior, with greed, selfishness and total disregard for morality and honor. I know that DiCaprio will capture the biggest share of the gold and praise for his effort, and rightfully so, but I think that the performance of Tom Hardy as Fitzgerald topped it all. Fitzgerald ranked up there with The original Alien or Amon Goeth as far as being ruthless and selfish, and with absolutely no conscience or remorse for his actions. Fitzgerald had been partially scalped in a previous dust-up with some Arikara warriors and I actually think he enjoyed it. He emanated pure evil and every action was coldly calculated. The manipulation of the younger two members of the trapping party was harrowing. He was unrepentant, all the way to the end. 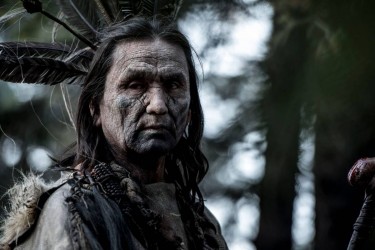 Not unlike with the great film Birdman, questions have been raised and criticisms launched about the style and liberties taken by Alejandro G. Inarritu, mainly the requirement for suspension of disbelief and his bold wanderings into the mystical and spiritual. Of course Hugh Glass needed to be in intensive care at a Trauma Center and on a Cefazolin and Fentanyl drip after 12 hours of reconstructive and orthopedic surgery. I know that he should have died quickly of hypothermia, not to mention dehydration and infection. For this I will write the same thing that I wrote in Birdman, “Who cares”? This film, like The Hateful Eight, was long as well, but all that matters is that you are watching one of the most beautiful films every produced. After last year’s effort, you might be wondering what could possibly top it. We now have the answer. 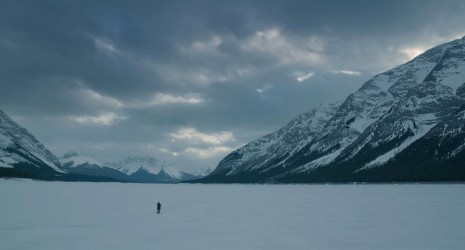