Home / Documentaries / Into the Cold: A Journey into the Soul 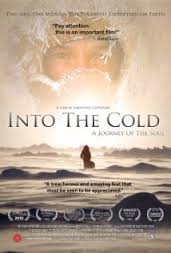 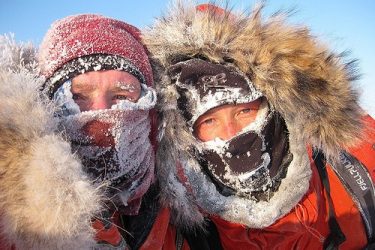 Into the Cold is a documentary that was suppose to be a tribute to Admiral Perry’s arduous journey to the North Pole in 1909. This was barely mentioned, however, as we mostly saw Sebastian Copeland workout, whine about Global Warming, work out some more, and attend a training camp in Minnesota for two weeks where he met his eventual partner, Keith Heger. Most of the first part of the documentary involved the preparation for the journey, collecting supplies and state of the art electronic gear and clothing, and meticulously measuring out food and fuel. There was a token interview with some Inuit natives, but this film was about Copeland and Copeland alone as we had to endure boring interviews with the likes of Larry King, where Sebastian whined even more about Global Warming.

Finally, after plane-jumping to the final outpost of civilized world, our two heroes began their journey. If you haven’t turned off this narcissistic mess by now, keep watching as the best of show is to come. Although this duo did not endure any unusual hardships of animal attacks or blizzards, they were in the very highest latitudes of the Arctic in March, and being on top of a frozen ocean, there were no plants, rocks or land-forms, no nothing but ice and sky. 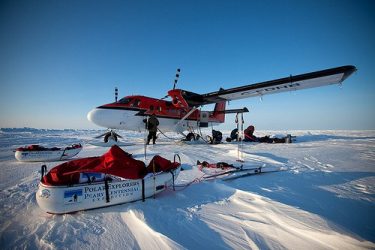 There is not much more to say about this. Sebastian and Keith pulled their sleds for 400 miles until they reached the North Pole. It was not a walk in the park and in spite of the lack of inclement weather, conditions were brutally cold in mid-March. The cinematography was devastatingly eerie and beautiful, some of the best I’ve ever seen. This guy could operate a camera as the shots of the skyline of Los Angeles even put La La Land to shame they were so stunning.

This documentary was worth watching in spite of egotism of the creator. The purity of the land was inspiring and formation of the ice-plates and ridges right before your eyes (and ears) was unforgettable. What was also not forgettable was that this thing ran 1 hour and 25 minutes, about twice as long as it should have and really needed some serious editing. It would have also been nice to know a little more about Keith Heger, but this was not to be. I watched this via my latest Amazon Prime free trial, but can’t imagine paying money for this DVD. The constant political droning was distracting and Sebastian Copeland offered no solutions for Global Warming either.

5/10 for great cinematography and subject material.