Home / Featured Posts / Get Out 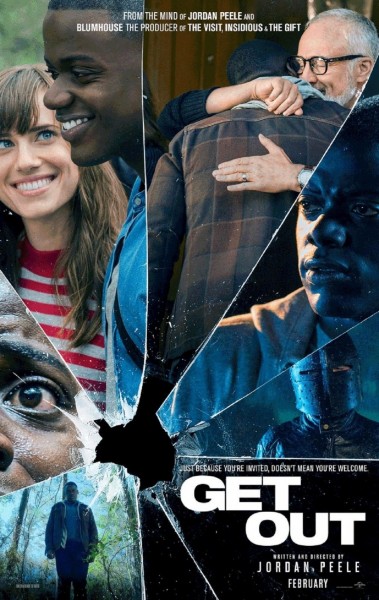 When a couple visits the girlfriend’s parents, interracial dating is set back 75 years as a mind is a terrible thing to waste.

Get Out is a masterpiece of impossibility made into a wonderful horror movie. It is a first time effort by writer and director Jordan Peele who is a comedy writer known for the TV series Key and Peele and a few other things. How about a great horror thriller with elements of The Stepford Wives, Guess Who’s Coming to Dinner, Oldboy, Psycho, Total Recall, Jeeper’s Creepers + comedy to boot?

What about a near perfect 99% from Rotten Tomatoes, with the one dissenter being a blockhead who gave both Moonlight and La La Land negative reviews? I don’t appreciate most horror movies as a rule, and am hard pressed to think of a recent one that I liked (O.K., The Orphanage 2007), but Get Out will have you riveted to your seat the entire run time of 1 hr. and 43 minutes. Not only is this movie all that I have mentioned above, but the entire body of the film is based on a premise of social commentary about a unique form of racism that you will just have to see to believe. 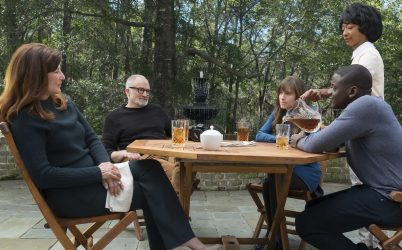 It is going to be incredibly hard to review Get Out without major spoilers, but I will try. After a brief but intriguing set-up scene the movie switches to Chris and Rose. They are an interracial couple who are packing to visit her parents, who have never met Chris. Chris is understandably concerned as Rose has failed to mention to her parents that he is Black. Rose assures Chris that it is no big deal, her parents are both physicians, a neurosurgeon and a shrink, and white liberals that voted for Obama and would vote him a third time if they could.

The remainder of the movie is spent at the Armitage Estate and through Chris’s eyes, and things just don’t look quite right. The first subtle clues were the android-like Black servants, Georgina and Walter, the next were the seemingly innocuous comments from Mr. Armitage about the 1938 Olympics. Then things escalated slightly at the dinner table with the micro-aggression and subtle racism from Jeremy Armitage, the intoxicated brother of Rose, and Chris became increasingly uneasy. 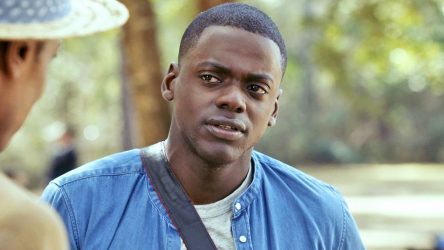 I’m not going to spoil the events surrounding Chris’s insomnia and chance meeting with Mrs. Armitage, who suggested that she might be able as a psychiatric to help him quit smoking, but this is where the nightmare slowly begins. The next day, and undisclosed to him, an annual lawn party got underway, and the creepiness of the environment and paranoia level of Chris started to rise. A parade of Black Lincolns containing what was obviously a bunch of rich old White People arrived, and the party quickly became 99% White, save Chris and another young Black Man who looked like he just stepped out of an Amos ‘N Andy TV show from the 50s.

The “harmless” and sometimes sexually oriented racial innuendos increase as does Chris’s discomfort, brought to a shocking reveal when Chris photo flashes Andrew. Let the games begin, and there were games. Bingo, anyone? The Bingo sequence was brief, without sound and totally terrifying as the audience slowly gets a clue as to what is actually happening. 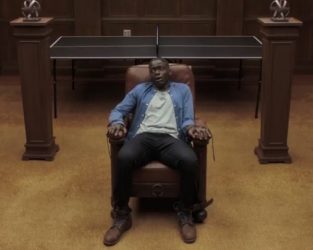 In the third act of the movie, all hell breaks loose. The final reveal shoe is dropped, Chris realizes that he needs to GET OUT, and fast. There is an incredibly tense scene when Chris desperately tries to leave and all secrets are apparent now, with the violence beginning and Chris finding himself in the man-cave below, which is really a tomb. This is where the real horror movie begins, and boy howdy, it does not disappoint. This film has so much glorious attention to detail, but I must mention what has to be the greatest use of the metaphor of a “Cotton-picking Negro” in the history of cinema. Never before has a stereotype so effectively been put on the turntable of a plot twist. Genius does not even begin to describe this turn of events which gives us hope as the blood flows.

I must discuss the dynamics, the acting, the dialogue, the pacing and the surreal imagery of this wonderful movie. This is one of the tightest movies I’ve ever had the pleasure of watching. There was not a wasted moment or scene. The cinematography and imagery were breathtaking and the script and acting were magnificent. Daniel Kaluuya? A tour-de-force. Betty Gabriel as Georgina? OMGoat! She was a sugar-coated zombie of terror and excruciating sadness.

Allison Williams as the pretty little rich girl with a penchant for sculptured Black Men? Don’t trust anyone who eats Froot-Loops with the milk on the side. Lady Kaede had nothing on this bitch, and she doesn’t even have a tea cup. I’ve said too much, I know. I cannot go on, however, without giving proper props to the guy that stole every scene he was in and gave the movie the humor that made this endeavor totally unique. LiLRel Howery as Rod Williams the T.S.A. agent made this film what it was. A masterpiece. The humor he imparted was exquisite and his diatribe on the phone about White People was as hilariously over the top as it was deadly accurate. The scene where he described his “theory” about the abduction of Black Men to the police was worth the price of admission alone. 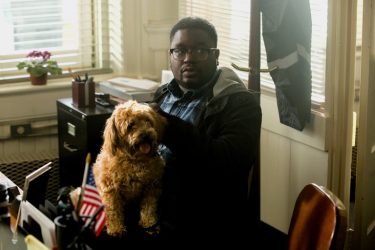 This is to all the Black Brothers and my many Black friends out there (well, 2, George and Robert, but work with me on this). Dear Black Man: Just leave the White Women like Rose alone. I know, I know, they’re purr-ty and make you feel like a king, and probably have rich daddies too, but leave them to us. We deserve them. You have plenty of other things to worry about, like being randomly assassinated by a police officer who is just having a bad day. Don’t just take my word for this, watch the movie and see for yourself. This movie was just a racial bombshell, but the audience does not feel used because the all-pervasive tone is so well handled by Peele. There is humor, there is satire and there is the mind-blowing metaphor that I mentioned in the 3rd act of the movie.

This is not just your typical Get Whitey movie. The specter of racism is in every single scene in this movie, but never has this pachyderm in the room been handled more competently. These White People are villains, some very evil motherfuckers, and it would take the most dense lug head of a Cracker to walk away from this movie thinking that he has been disrespected because of his race. It’s a movie, and a great one to boot. From the brief opening teaser to the unimaginable and surprise ending, this horror show has it all.

Special Ruthless Ratings -or- What I learned from Get Out