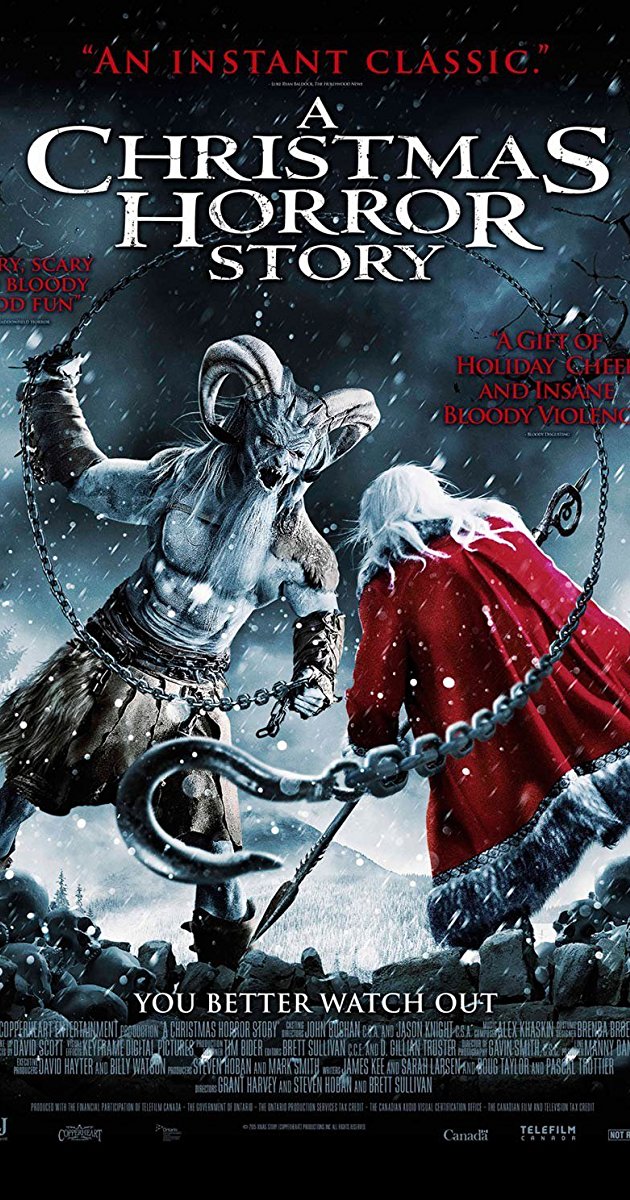 An anthology of Christmas Eve horror stories are narrated by William Shatner.


A Christmas Horror Story (2015) Yes, I know, it is only November and our readers might hate me for this, but I’m doing it anyway. Since I’ve already seen my first Black Friday ad I gave myself the go-ahead to start on this years Christmas Reviews. This year will be more challenging than ever as there have already been over 40 Christmas Movies reviewed. The pickings are slim, but I intend to scrape every barrel bottom for the finest (and very worst) Christmas movies still available.

Without further ado, I proudly present A Christmas Horror Story to kick off this year’s line-up of Christmas stinkers. This movie is an anthology, four stories that are run simultaneously, not concurrently. It is also obviously a horror slasher film that includes the superstars of Santa, Krampus and William Shatner, so you have to expect great things out of this one. Here are the stories, and I will tag them to avoid confusion. 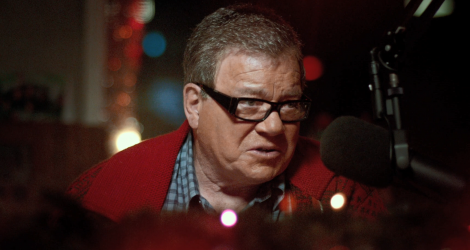 I’ll just go ahead and write that this movie could have been better. I think that the way that the stories were interwoven detracted from the movie. Just as the viewer was getting interested and involved, the film cut away to one of the other stories. In some cases, they did not cut away soon enough. A better film would have just eliminated the Dumb Student School Story and the Black Kid Changeling, and just meshed the Santa and Aunt Etta stories for a movie that would have been better than mediocre. 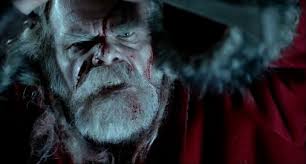 Anyway, let’s hit the high points and the low points. William Shatner was the Radio DJ that narrated and tied the story together. He was bored, but reluctantly enthusiastic about the Christmas Holiday while pouring himself into Yuletide oblivion with Christmas eggnog and Kentucky Bourbon. He would inevitably link the past events with the current ones and a surprising twist ending. 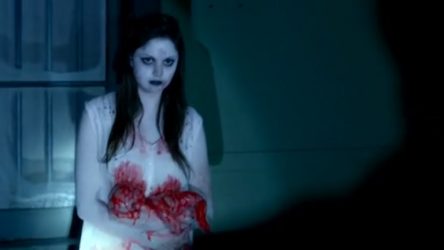 The Dumb Student School Story was totally unnecessary and was the weakest link in the movie. The Black Kid Changeling entry was well acted, gory, dark and riveting, but unfortunately did not blend in well with the rest of the story. The Family Travels to Aunt Etta was horribly weak initially, but a strong ending made it a natural to mesh with the strongest segment of the anthology. 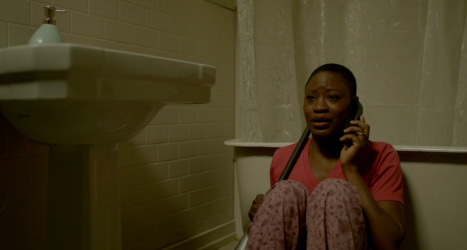 The most delicious and rewarding leg of this anthology was Santa Claus v. the rouge zombie elves. Far from being a fluffy and soft Santa, George Buza portrayed a Santa that was a bad-assed Super Hero. Santa and his staff of death immediately dealt with his recalcitrant elves with swift vengeance. It is my opinion that the entire movie should have been dedicated to The Family + Krampus + Santa and his elves for a total win. Santa was as fearless and focused as his infected elves were deranged, and it was a joy to see him dispatch them. I must add that Rob Archer as Krampus played a beast and was a beast. He was totally ripped and terrifying as Krampus.

Like I wrote earlier, this could have been better, but for the genre of Christmas slasher films it was better than average. The story with the Black Family and their Changeling kid was pretty tense and creepy, but it was Santa and his battle with the elves and Krampus that stole the show. Of course, it goes without saying that anything with William Shatner is going to be somewhat awesome, even a shitty Christmas Horror Movie.