Home / Featured Posts / Call Me By Your Name

Call Me By Your Name 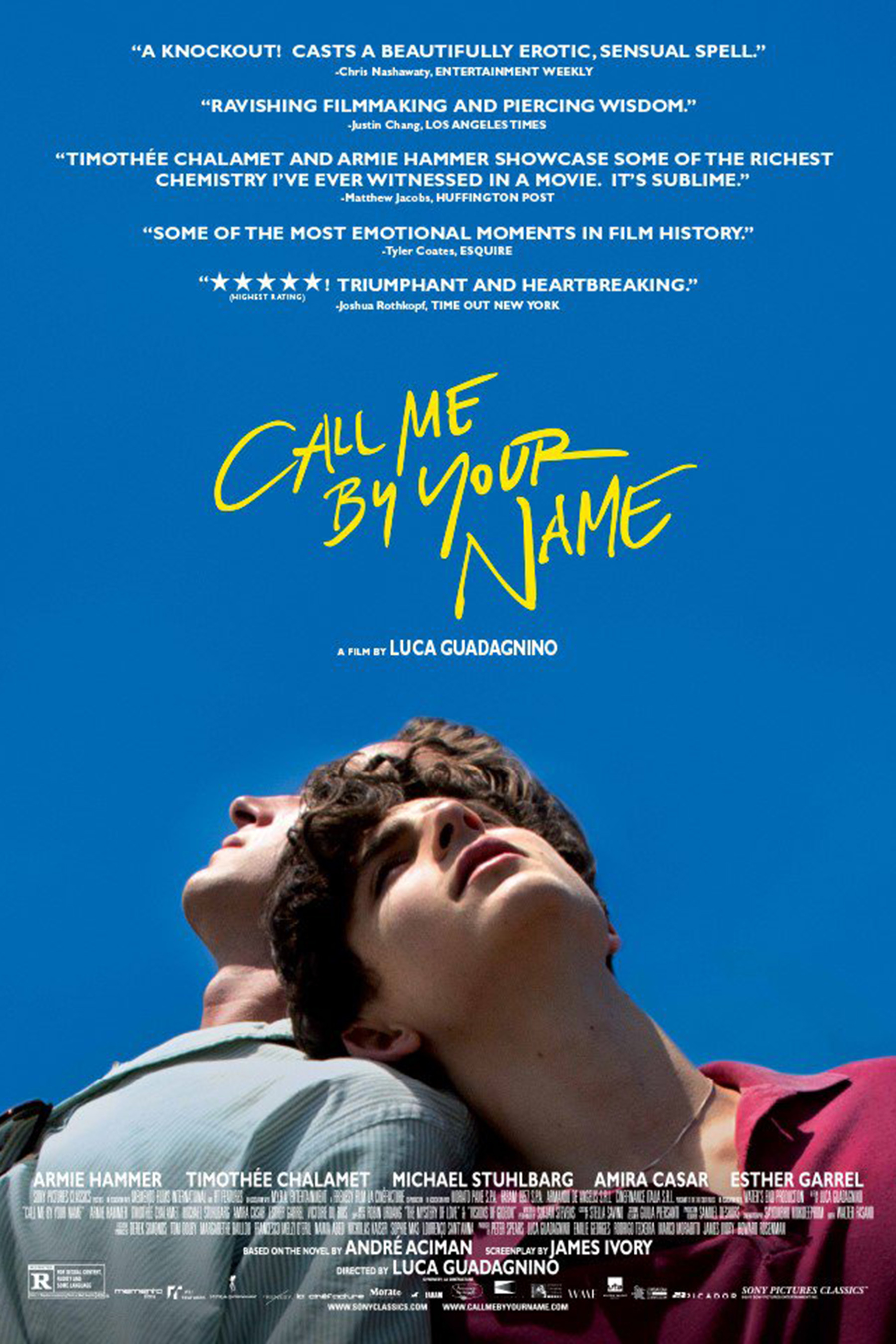 Call Me By Your Name

The Greatest Love Story Ever

I have always liked Armie Hammer. Who doesn’t? The last 3 of his movies reviewed were The Man From U.N.C.L.E., Nocturnal Animals and Free Fire. I enjoyed those movies immensely, but nothing prepared me for the masterpiece Call Me By Your Name. Armie was brilliant, but Timothee Chalamet (Lady Bird) owned it as the 17 year-old son of his Archaeologist father (Michael Stuhlbarg), Dr. Robert Hoffstetler in The Shape of Water.

Yes, this movie even had a volleyball scene, but there will not be a single snide 80’s Action homoeroticism remark here. Call Me By Your Name is light-years beyond that. This movie is a movie to love, about love, and keeps the viewer spellbound. 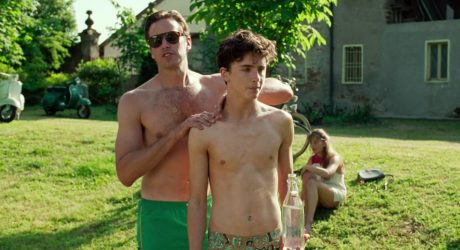 Elio (Timothe Chalamet), a handsome, precocious 17 year-old was languishing at the Summer Villa with his parents. Elio was a musician, a writer, a fluent speaker of 3 languages, and wise beyond his years. A mere teen-ager, he was of course, emotionally naive. Predictably bored, in spite of the lush set up in the warm summer countryside, he made do with swimming, musing, and enticing the local girls. Oliver, a Graduate Student, was there on a 6 week internship. He was a handsome 24 year-old, with no shortage of swagger. There was no mystery here. From the opening scene, we all knew where this movie was going. 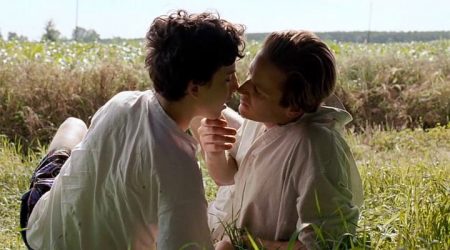 Elio viewed Oliver as a mild annoyance at first, but quickly became infatuated with this intruder. Oliver had taken Elio’s bedroom, but they shared a bathroom. Their dance to the inevitable was never hurried, predictable or boring; Oliver kept his distance in spite of some subtle hints. The older man was excruciatingly aware of any perceived impropriety. He was a guest, and even though Elio was at the age of consent, he was still just a teen-age boy. Oh, but what a boy Elio was! Burning with youthful indiscretion, and dizzy with desire, he flew on Icarus wings to the object of his passion. 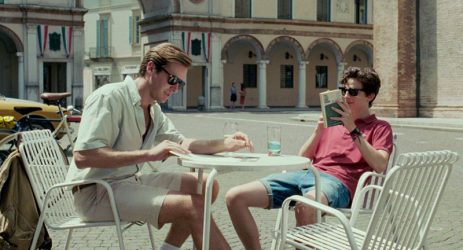 Luca Guadagnino created a film that had almost a fairy tale aura and was set somewhere in Northern Italy in the Summer of 1983. The setting was so inviting that the audience feels immediately immersed in this cozy pocket of the world. There is not a hint of strife nor a cell phone in existence. Fresh fruit was picked from on site orchards and the family leisurely dined, smoked and drank on the veranda. Elio and Oliver bicycled through the countryside, swam in inviting pools and lakes and flirted with the willing local girls from the township. The Professor and his intern did not dive into archaeological work, which seemed a vague afterthought in this film. 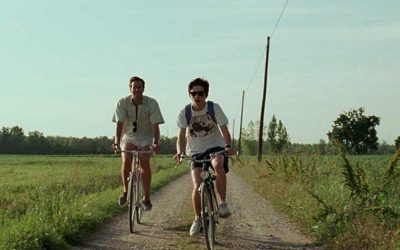 The love was consummated, but the crushing reality of time caught up with the duo as the internship ran its course. After a magical fling in a nearby town, the inevitable parting was at hand. The scene near the end where his father knowingly and understandingly comforted Elio may be remembered as one of the greatest in the history of cinema. The ending of the film and the closing credits were gut-wrenching.

I already had Gary Oldman penciled in as Best Actor. He is a close nod over Daniel Day Lewis in Phantom Thread, but now I just don’t know. Timothee Chalamet was a stunning force throughout the movie, showing a maturity and awareness beyond his years, while retaining the gangling, puppy-like curiosity of a 17 year-old boy. By the end of the credits, there will not be a dry eye. You just have to see it to believe it. And last, but certainly not least was the soundtrack, by Sufjan Stevens, which is nominated for an Academy Award. There is a sample below.

*Spoiler Alert* Below is the final scene with credits rolling. Credit to CompelledToRemember of YouTube, who did a beautiful job of editing.

10.0/10.0+ With the Goatesians Seal of Approval for the best Love Story ever.