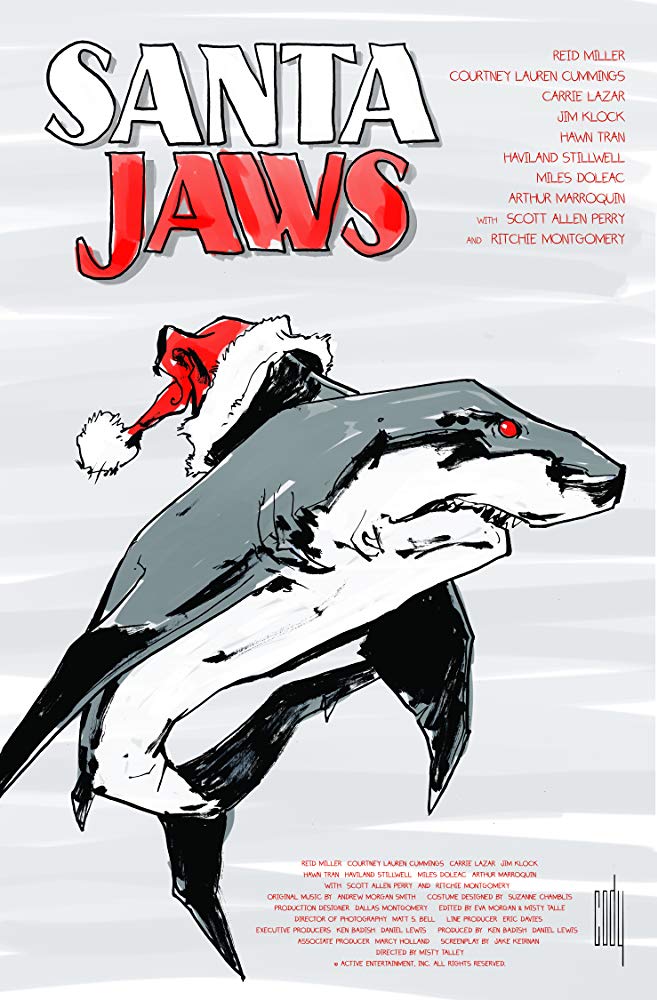 A pissed off shark wages the real war on Christmas

I have watched and reviewed my fair share of fish and Christmas Movies. Today was a good day as I finally got my cable back up and running after they replaced everything from the outside line, to the set. I decided to celebrate by finding the cheesiest Christmas movie that I had not yet reviewed. I settled on Santa Jaws.

I’ve watched all the Jaws movies, 3 Sharknados and the masterpiece Piranha Sharks with the great John Wells. This shark looked like she was made at a 7th Grade Science Fair by the kids that come in on the smaller bus. I mean, she had red eyes and wore a Santa cap, too. However, this was a shark with an attitude. This was the baddest and raddest shark ever to grace the screen. She (Yes, see the movie) was set off by Christmas anything, music, decorations, lights, etc. Not to spoil things, but this shark was totally ruthless and killed everyone but the baby Jesus in the Nativity scene. She wasn’t hungry either, she just wanted to kill, kill, kill. Bad shark. 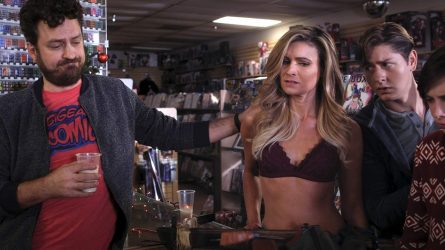 The main character in this movie was Cody, a teen-aged brat who drew cartoons. No, scratch that…COMICS. The family was all gathered, including Poppa Joe, at the house on Christmas Eve. Cody had been grounded for shenanigans at school so he opened Poppa’s gift while he was sulking in his room. It was a pen with German (no Elvish!) inscriptions and turned out to be magical! Gasp! In Krampus consequences style, Cody made a wish and edited his Santa Jaws comic with the magical pen. This action gave the comic shark supernatural powers, oh my. Then the action started to get real. On an unsanctioned fishing outing with Poppa, the grounded Cody watched Santa Shark swallow Poppa whole while he was sitting on the pier drinking Xmas egg-nog. The killing had begun. 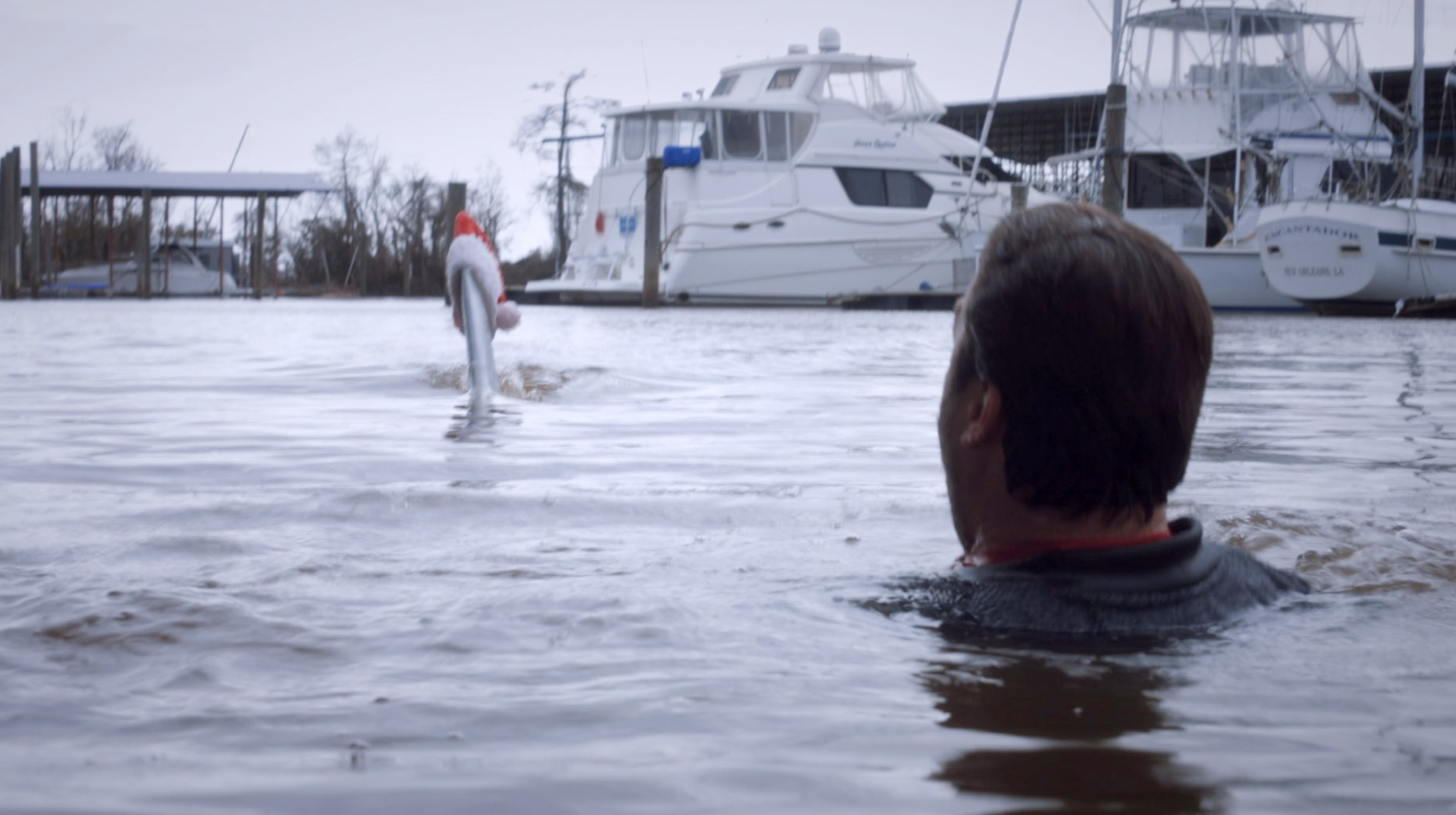 The rest of the movie revolved around family drama, Cody and his comic-book nerd friend trying to figure out how to neutralize the shark, and then more family drama. Yes, in Stand By Me tradition, the parents loved his older brother more. Cody recruited the girl across the street (beautiful, athletic, dies horribly, of course) and his older brother to wage war on the shark. Armed with Christmas decorations and makeshift weapons, this crew failed miserably to stop the pissed-off shark. Many died. It was then time for the family to put aside their differences and pull together to try to eliminate this marauding watery menace. 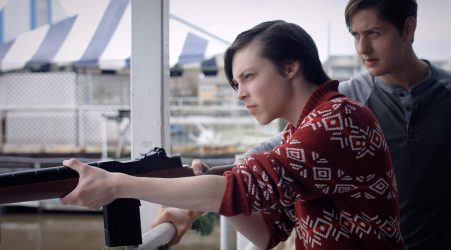 In a hilarious side-story, the Comic Shop owner accidentally got possession of the magical pen. He was the only one who put it to good use, but his actions were selfish and not in the spirit of the story. The shark must be stopped! There were a couple of one on one reflection pauses in the story that were brief and well done. The jocks/nerds reconciled and joined forces to battle the shark! Too bad that this bad-assed shark did not care about social reconciliations. The final battle was epic, and hilarious. Where District 9 had their pig cannons, Santa Jaws had its Turkey Catapults. 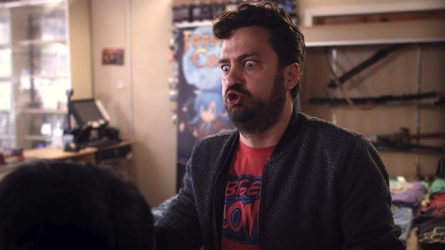 I will not spoil what happened but the writers and actors did a great job of follow through and did not scrimp on the ending. There was really good pacing, acting and dialogue and not once did this movie accidentally try to take itself seriously. What you saw was the perfect mix of cheese, one-liners, gore, violence and character interaction to make this a fun watch. Not even the fact that everyone ignored the very obvious solution to the shark problem detracted from the enjoyment of this Christmas fish story. This movie was a great effort and a load of fun to watch.

8.0/10.0 and the Goatesians Christmas Movie rating of Must Watch