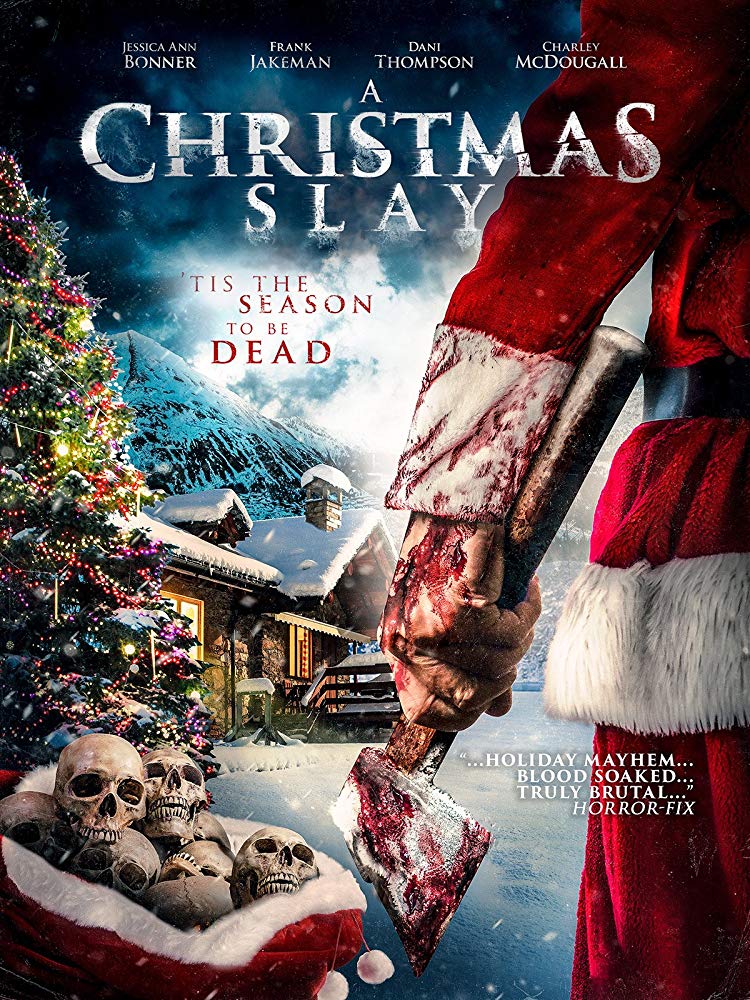 The worst “Killer Santa” movie ever made

I am slogging through my annual gulag of Christmas Movies, fresh off of reviewing a delightfully silly Slay Belles. We now are faced with yet another “Slay” word play Christmas film. In addition to Slay Belles, we have had the quite watchable Teresa Spoon favorite, Santa’s Slay. Now I reluctantly present Christmas Slay, which is an English movie, and I use the word movie in only a theoretical sense. An hour and 35 minutes of a boring crapfest would be a more accurate description.

Christmas Slay takes the tired old trope of a murderous and deranged Santa, and makes a new low level of cinematic incompetence. The script, the editing (what editing?) the pacing and the camera work are an abomination. Why was this atrocity even made? Why?

Anyway, we have a deranged Santa who almost sleep-walks through an uninspired murder of an entire sleeping family on Christmas Eve. The English Bobbies capture Santa in one of the most senseless and painful to watch cops vs. criminals take-down scene I have ever seen. The Bad Santa is not executed, but merely put in a low-security mental institution. Fast forward one year. Well, of course he escapes, along with several other crazies, committing another murder in a hilariously bad scene that would have put me to sleep even if I were in the midst of being burned at the stake.

Meanwhile, like in Slay Belles, we have 3 ditzy young ladies who have gone on a Christmas holiday to a countryside lodge with cottages. Unlike our colorful and sexy trio in Slay Belles, this group is about as interesting and entertaining as reading the ingredients on a Sweet-N-Low packet. They have a snowball fight. They build a fire and drink wine, while bitching about one of their boyfriends. After what seems like eons, the deranged Santa shows up.

Is there any point in going on? Even a 6 year old could tell where this film was going. We eventually have tits & cleavage, jump scares, and blood and gore, with the usual shenanigans found in a Killer Claus movie. I don’t think this film could have been any worse if it had been made by the writers and cast of Santa And The Ice Cream Bunny. There is not the slightest attempt at any serious editing as scenes like the one in the sauna drag on forever with no apparent purpose at all.

Christmas Slay is a pointless and forgettable low budget film, made and acted by amateurs, and it really shows. Thirty minutes or more could have easily been sheared off of this mess. There were scenes that were excruciatingly boring, with the “actors” staring at the ground, just standing around, or drinking from a glass. The twists at the end were not predictable, but just stupid.

0.5/10.0 With the Goatesians Warning of Avoid. The half point was awarded for the very skimpy panties and teddy that Emma wore throughout most of the movie.