Ruthless and The Oscars 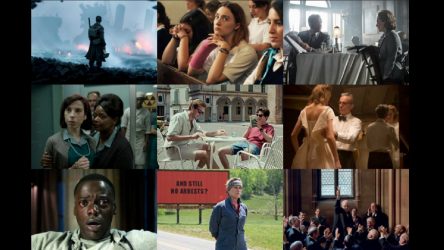 Ruthless and The Oscars

Well, it is almost the time of year that we love to hate. The Oscars. As you know, the Academy seldom gets things right and cannot please everyone. Last year’s Oscar Ceremony was a debacle. Some knuckle-headed accountant was texting instead of taking care of business and threw Warren Beatty under the bus. Beatty then proceeded to throw Faye Dunaway under a train.

By the time the correct envelope was opened, the Academy made things worse by picking the mediocre movie Moonlight as best picture over the rightful winner, La La Land. I don’t expect an envelope malfunction this year, but I do expect them to pick the wrong Best Picture again. It’s worse than that, as the Best Picture is not even nominated. What? More on this later.

We will not be making picks and comments on all the categories, just the main ones. We will also be commenting on probable winners v. Ruthless picks, which will be in RED -or- movies that should win, but probably won’t. Or, we just may say nothing. Or our probable winners may just be outrageously sarcastic picks that we know won’t win. You figure it out. There were a couple of articles (Kevin’s) written at the end of 2017 and (Team Ruthless) giving opinions on the movies we liked, so we will keep this relatively brief. There are also reviews of most of these films, so I will also provide links. O.K., here goes.

I’m throwing this category in for no other reason than one of our writers actually saw two of these movies. I didn’t, so there will be no Ruthless entry for this category. I know that Devon Pack gave it a less than stellar review, but the consensus is overwhelming, and since I did not see the film, I give it the nod. There is not really much competition here. 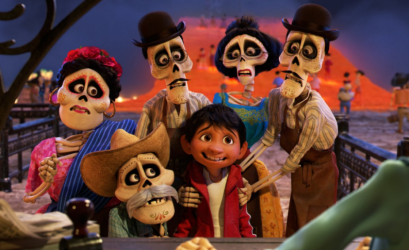 The Shape of Water, Dan Laustsen

If the Academy gives this award to any film other than its rightful owner, I quit. Really, I quit (not really). Blade Runner 2049 is perhaps the most gorgeous and visually stunning film you will ever see. Deakins deserves this Oscar, not Laustsen for the fish film. Just, no. This one should not even be close, but the very fact that The Shape of Water is nominated for 13 Oscars is insane.

Probable winner: Dan Lausten in The Shape of Water because the Academy hates Sci-Fi. 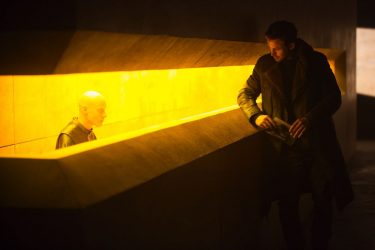 Richard Jenkins, The Shape of Water

Christopher Plummer, All the Money in the World

Kevin picked Michael Shannon in The Shape of Water, and he was awesome, but Team Ruthless is going with Sam Rockwell if only for the scene where he immediately answered to “Hey, Fuckhead”.

Probable winner: Christopher Plummer in All the Money in the World, for not being a gay sexual predator.

Octavia Spencer, The Shape of Water

This one was unanimous. Not only was I, Tonya one of the best movies of the year, but Janney’s performance as Tonya’s mother was almost super-human. She’s in the running for the most evil female movie villain ever.

Timothe Chalamet, Call Me by Your Name

Daniel Kaluuya, Get Out

Matt Cale summed it up best. “Anyone who can play Winston Churchill better than Winston Churchill will win the Oscar”. I cannot disagree. He did it in Darkest Hour. Kevin picked James McAvoy in Split, but what does he know? I think the Academy will get this one right. I must say that I had Gary Oldman as a shoo-in until I saw Call Me By Your Name. If Chalamet was a few years older and actually gay, he might have taken this one. Having the legend Daniel Day Lewis finishing third just shows how good the actors were in this category.

Probable Winner: Gary Oldman in Darkest Hour. I think that even The Academy is going to get this one right.

Sally Hawkins, The Shape of Water

Ruthless has this one near unanimous with the contrarian Kevin voting for Margot Robbie. The rest of us think that Frances McDormand richly deserves Best Actress for her gritty performance. She is the favorite, but I look for The Academy to fuck this one up.

Probable Winner: Sally Hawkins in The Shape of Water simply because a mute who fucks a fish who bites a cat’s head off is simply too irresistible to pass up. 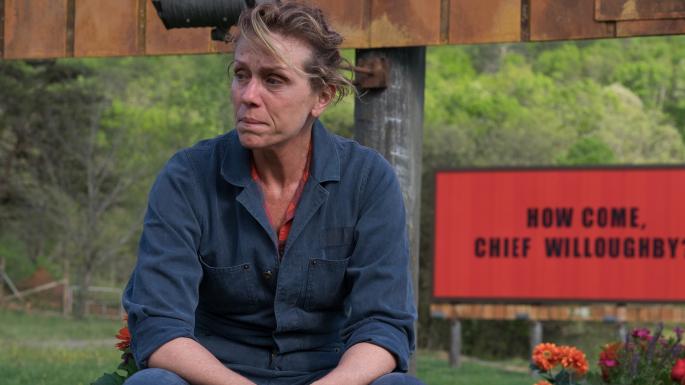 Get Out, Jordan Peele

This one is the toughest and ends up in a virtual tie between Christopher Nolan for Dunkirk, and Paul Thomas Anderson for Phantom Thread. The other vote goes to Jordan Peele, for his masterpiece Get Out. It is a shame, but I think Get Out will be Shut Out of the Oscars. If only everyone could get around the fact that it is not just a comedy.

Probable Winner: Guillermo del Toro for The Shape of Water. What can I say? Oh, how about “overrated”. I loved Pans Labyrinth, but even with the great Michael Shannon, this one did not impress.

Call Me by Your Name

I have to give Kevin credit for voting for Get Out. It deserves something. Hell, my best picture pick is not even nominated. Ruthless is going with Three Billboards Outside Ebbing, Missouri, but I’m reasonably confident that this will not happen.

Probable Winner: The Shape of Water Just to continue last year’s screw up